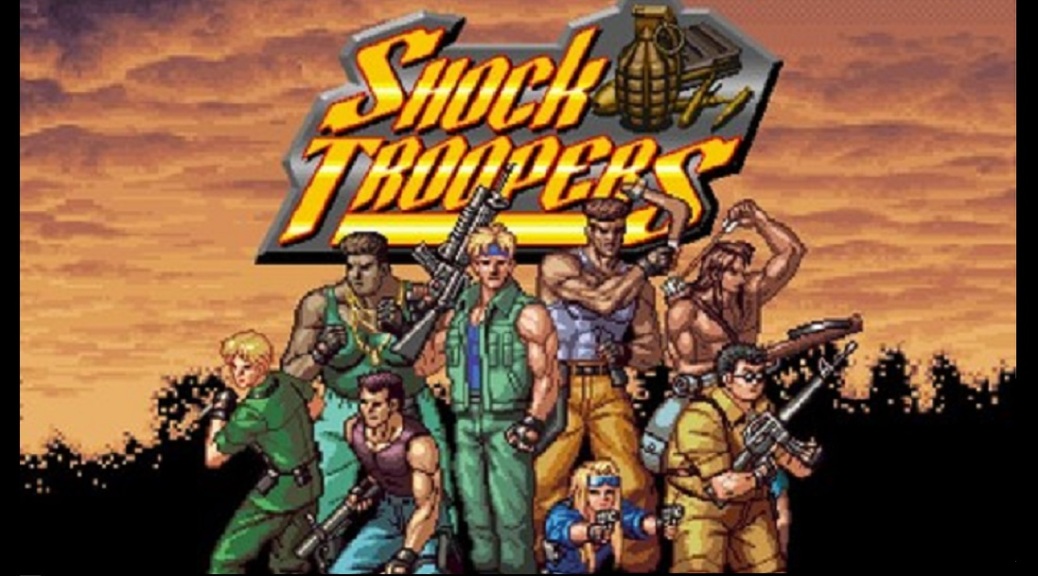 Next up in our Neo Geo reviews is Shock Troopers! Shock Troopers was released in 1997 on the MVS but never on the AES or Neo Geo CD systems which is a shame. We played it on the WiiVC which should be accurate to the MVS version. The game was also released with an online feature on Steam but i’ve heard that the port is a bad, choppy emulation.
Shock Troopers is a 2-player co-op run and gun game thatkinda makes you think “what if Ikari Warriors was actually a good game?”. Yes, you have the overhead view and can walk/shoot in 8 directions.
Now lets gun down some bad guys!
END_OF_DOCUMENT_TOKEN_TO_BE_REPLACED