After I acquired my PC Engine in 2012 I became a huge Ys fan. The series has some amazing titles on the PC Engine that made me want to go out there for more. Memories of Celceta is the newest game in the series and it was released on the PS Vita in 2013 and on PC in China a little later. Memories of Celceta is a remake of Ys IV: The Dawn of Ys for the PC Engine and they changed the game quite a bit. There is also a Ys IV for the SNES but I have never played it. Memories of Celceta supersedes those games and is now the canon of the series. I loved Ys IV: The Dawn of Ys so naturally I had to check this one out!
Instead of reviewing the basics of the game I will talk about it in relation to the PC Engine game, how it was changed and if the remake is worth playing. This is a new game so many reviews like that exist already so just google that if you are interested.

Check out the opening cinematic, its pretty epic…

The first thing that you notice is that the game no longer has any ties with the orginal Ys: Book 1 & 2 game. The game does not start in Esteria and you never return to Darm Tower, instead the game starts off with Adol wandering around the first town after having lost all his memories. You meet Duren who is a party member this time around and he helps you  explore the woods of Celceta and regain your memories. Karna is also back and Leeza but the others are brand new.

The Clan of Darkness is back and it sports the same members. Eldeel is also back but his role has been largely changed. In Dawn of Ys he is manipulated by the Clan, turning evil only to be betrayed so the Clan can achieve their true goal. The legend of Celceta from Dawn of Ys and the back story of Eldeel’s angel like race is largely changed and is disappointingly absent in Memories of Celceta. So is the story of the long ago King Lefance and his servants. What made the story of Ys Book 1 & 2 and Ys IV so great was the mystery surrounding the characters from the past and the mystery of the old kingdom of Celceta and why it came into ruin. Instead Memories of Celceta decides to largely revolve the story around the supporting cast, their character development and back stories which is not nearly as interesting.

The role of The Mask of the Sun is also changed. In the old Ys games, there are demons from other worlds that come to the Ys world to wreak havoc. Darm, the main villain from Ys Book 1 & 2 is a demon like this, and so is the demon sealed within The Mask of The Sun. Those demons came to this world because of human dabbling in dark magic which they could not fully control or understand. This is also changed and i feel like this downplays an important theme that has been established in the series.

In my review of Ys IV: Dawn of Ys I mentioned that the story in that game kinda coasts on the epic story and nostalgia of the first game, while I still find this true I still find that this was a large part of why the story of Dawn of Ys managed to reach the heights it did. Now that connection has been cut, and the lore of Ys, along with the mystery of the kingdom of Celceta takes a backseat to mediocre but still pretty fun characters in an attempt to give the game some more importance as a stand-alone game. For a dedicated Ys fan like myself this was a disappointment and I kinda feel like they butchered the story.
The best change in my opinion was the development of General Leo of the Romun army, I don’t want to spoil the story but he is a really cool guy unlike in the original where he was just a jackass.

Does all this mean that the game sucks? No… You could argue that this game is more fun to play than the original. The game sports a fun, fluid and fast-paced action rpg system much like seen in newer Square Enix titles like FFXV, Crisis Core or even Kingdom Hearts but I feel that Memories of Celceta might have the best fighting system out of all these titles. You do not just mash buttons…. You have special moves, super special moves, guarding, dodging and of course you have multiple characters. You have great boss fights, fun monsters, good side quests and some neat stuff like crafting and reinforcing items and artifacts.

The game has solid pace and you never feel bored which is a feat in a game with a main story of around 20-26 hours. The game was pretty easy on normal but after you beat the game you get hard and nightmare difficulty settings. Being a handheld game I could see myself play it again and do some side quests, epic bosses and other stuff while on the road but in the comfort of my own home i would probably elect to play something else.
If you are a new player than this might be more fun compared to the bump system of the old Ys games.

The game of course has improved graphics, and they look pretty good considering that this is a handheld game. The Chinese PC port has some improvements and runs in 60fps.
The music score is updated from the Dawn of Ys. Yes, most of the great songs are back! They sound amazing and like all rpgs with good music it just makes everything else so much better. While I like the reworked songs, Dawn of Ys was released on CD and the original quality is so amazing that in the end I actually like the old OST better.

Overall I find Ys: Memories of Celceta a very good game by itself even though it butchered the good story of Ys IV: The Dawn of Ys. The gameplay is great, the game looks good and the updated OST sounds amazing.
All in all, a very good game but I am expecting more from Ys VIII: The Lacrimosa of Dana for when it gets an updated port for the PS4. Ys VIII on the Vita and the May PS4 release are Japanese only for now but I am sure that will change very soon.
Ultimately I would recommend playing Ys IV: The Dawn of Ys instead of this one but give this one a chance if you just can’t get enough of Ys and/or if you can’t deal with the “oldness” of the PC Engine original! 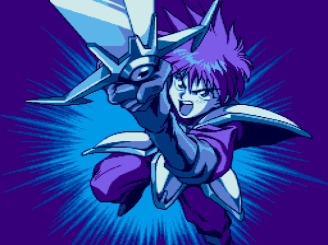 Remember these? I do…

Ys IV for comparison Clan of Darkness is back