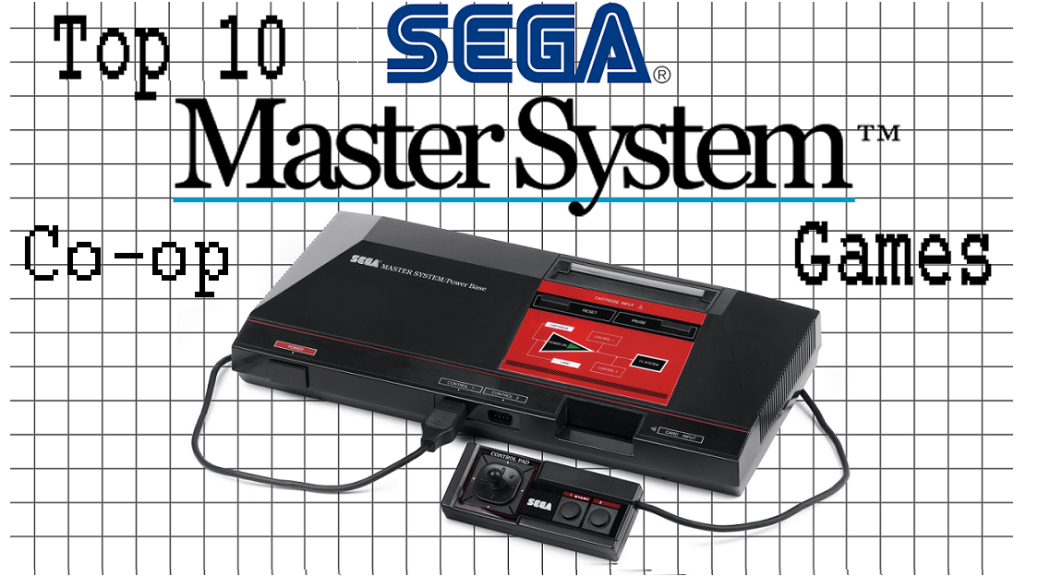 I have been planning to write this article for more than a year now. We have already played a bunch of Sega Master System Co-op games, most of them in fact but to be honest we haven’t cleared a lot of them. This is due to a simple fact; we do not like the games enough!
Yes… In our opinion the Master System is a pretty weak system for co-op and by far the weakest of the ones we have covered so far. Nevertheless we would like to present you with our 10 favorite co-op games on the system. It is hard for us to rank them in a particular order since none of them really deserves very high praise, Just keep in mind that very few if any of these games would make it to out Top 10 Co-op NES Games. 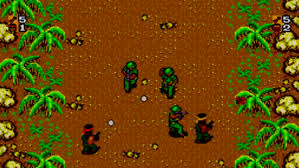 An overhead run and gun a la Time Soldiers and Ikari Warriors. Rambo is a, OK game but honestly by this point you should just be playing Jackal again. 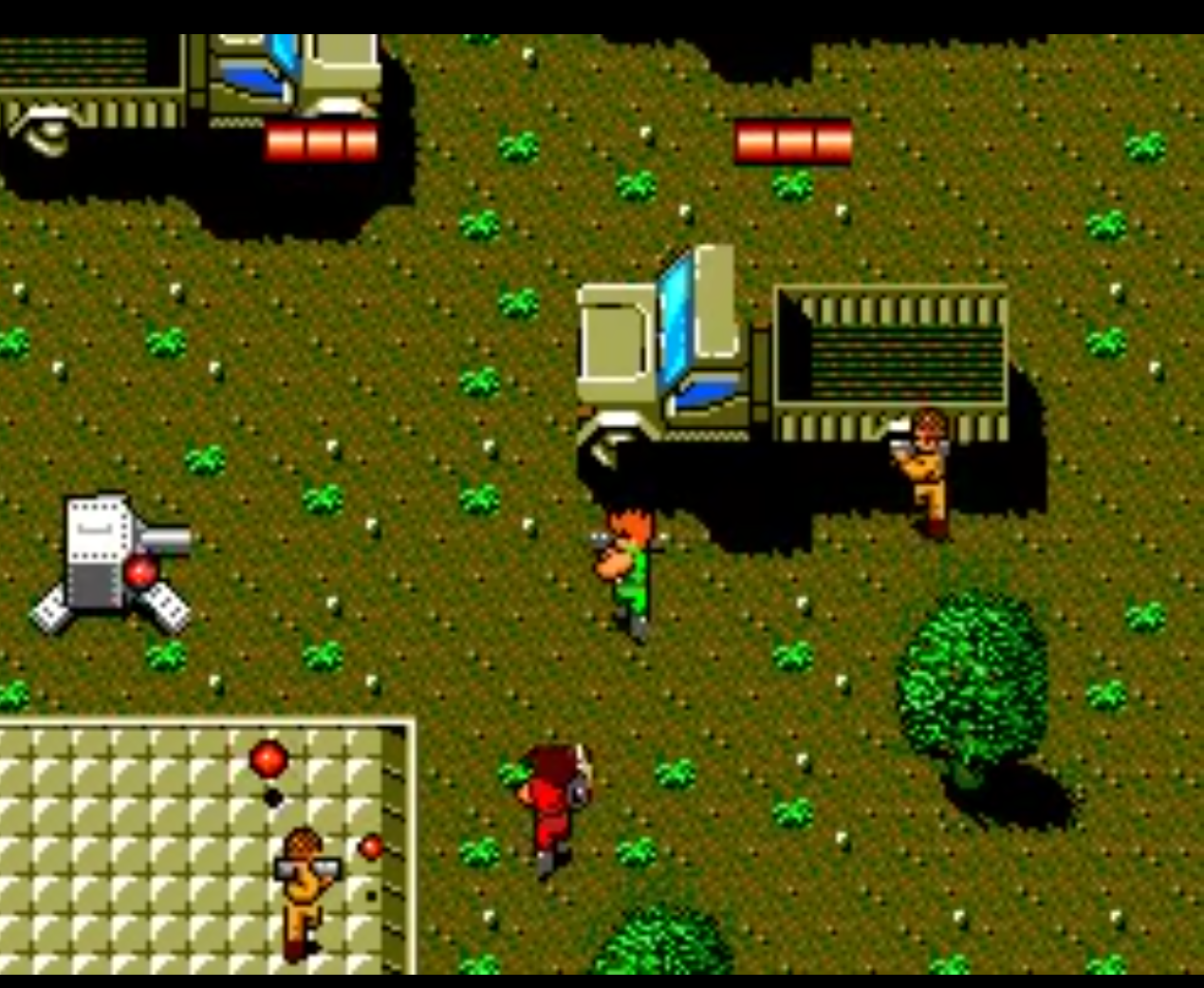 Time Soldiers is another 8 directional top down perspective run and gun in the vein of Ikari Warriors or Shock Troopers.
Ikari Warriors sucks but Shock Troopers is awesome so these type of games definitely have potential.
I guess Time Soldier falls in between those 2 games as in it is an OK/good game. The action is a lot more fluid than in 8-bit brother Ikari Warriors and it is not nearly as frustrating. Gameplay can get monotonous and the sound design is horribly annoying.
There is some fun to be had just keep in mind the game is released in 1987 and it shows. 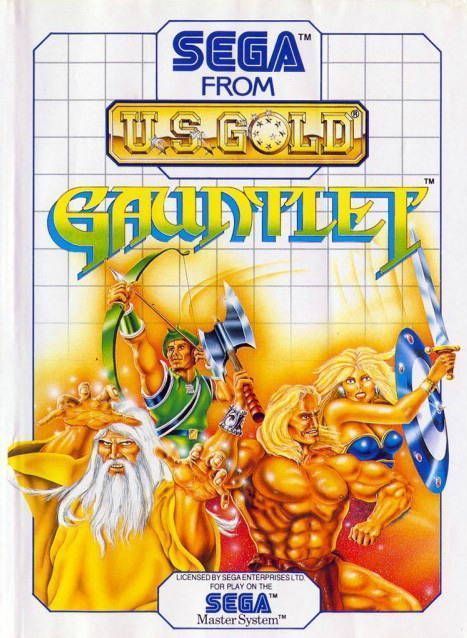 Good ol’ Gauntlet! This version of Gauntlet has some redeeming qualities. Unlike Gauntlet 2 on the NES this game actually has an ending after a 100 levels. Here you have a password system so you and your pal can take a break whenever you want, but I say “pal” because unfortunately this version only supports 2 players. I am willing to let that slide since when I have 3 people over we would not be playing Gauntlet anyway.
That may sound rough but it can be fun to give this game a go in 2 player. 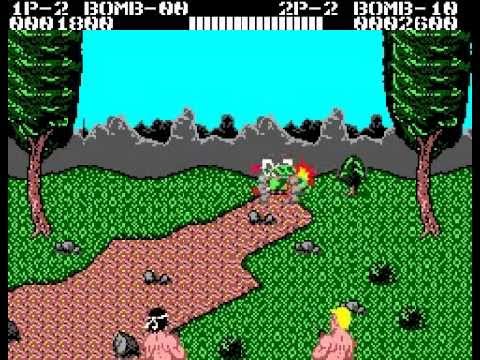 You can think about Double Hawk on the Master System like the poor man’s Wild Guns or perhaps NAM-1975. Compared to those games Double Hawk is a bit primitive but it is a good game nonetheless. You can get gun upgrades and grenades that are fun to use, the game has good boss fights and it is plenty challenging. 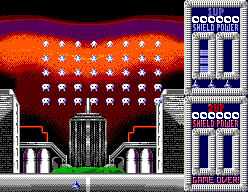 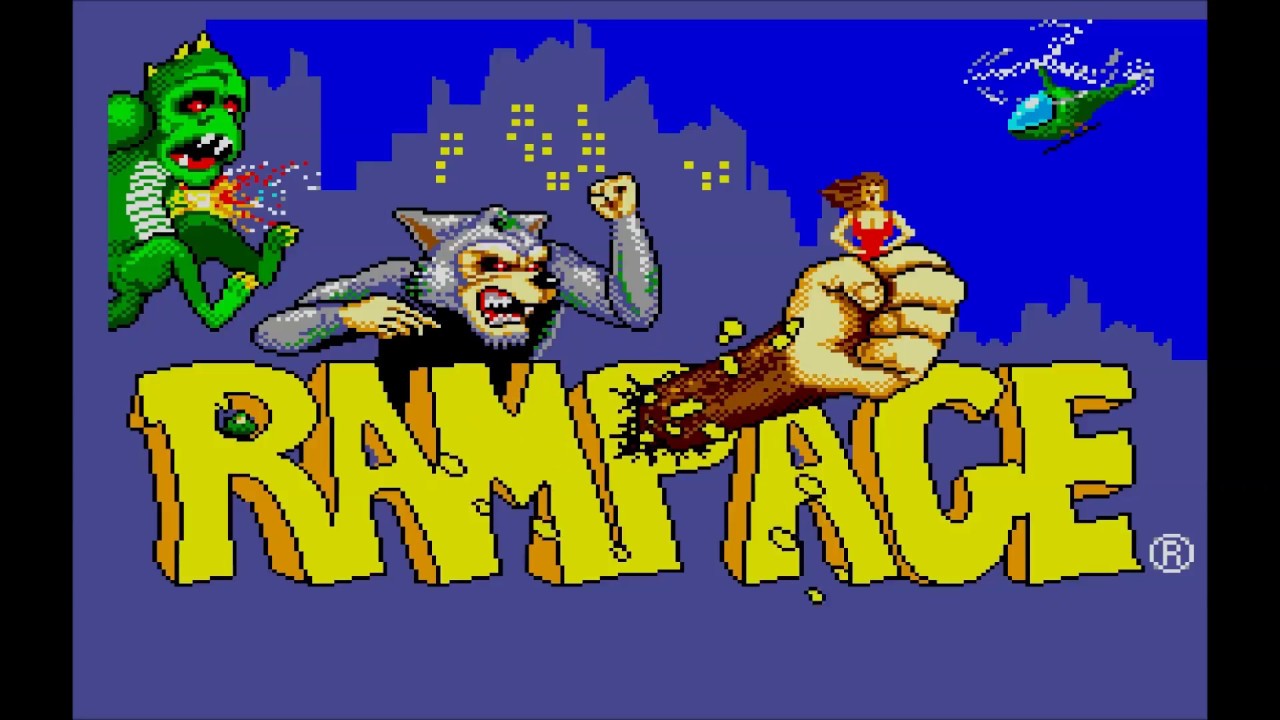 The Master System version of Rampage puts the NES one to shame. 2 players of course and all the original characters are available. The graphics are pretty good so if you are done watching Dwayne Johnson this is the version to play whether you want some braindead building destructing action or intense arcade action. 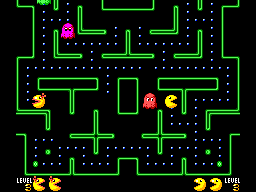 Tengen ported this version to the NES and the Sega Mega as well but I feel like the Master System port looks better than the NES port without looking too 16-bit-y as in it still retains that vintage look.
2-player Pacman may seem like a weird idea but its at least a novelty good for a bit of fun 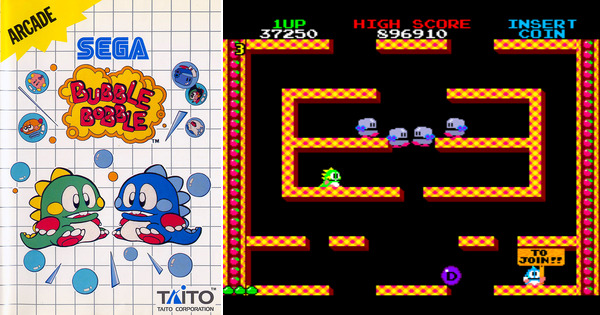 To be honest we never cleared this game but as far as we can tell this game is every bit as good as the NES version. This is of course up to each persons’ preferences but this version might control better, sound better and look better than the NES version.
The jumping physics feel different, as in the jumping is faster and not as floaty.
In the end this is just a solid port of an absolute classic, I’m going to assume you know about this game 😀 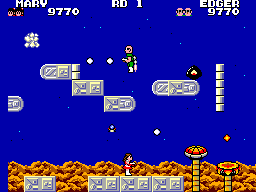 Quartet is a pretty solid game. Don’t let the childish graphics fool you, this game is tough! A sideways run and gun game that has you look for keys before you can make it to the end. You have to search the stages which can be tough in such a dangerous environment so the game gets more fluid once you get the key placements down. The gameplay gets fun with some power ups and jet packs so Quartet has some good things going for it. 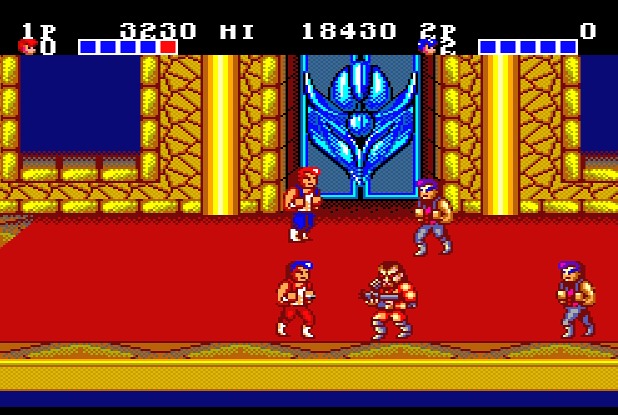 Porting an arcade beat ’em up to a home system and not including a 2-player should be punishable by torture. The SNES version of Final Fight was blasphemy. We were bamboozled, led astray and that was not rectified until Final Fight was ported to the Sega CD which had all all characters and of course, 2-player simultaneous gameplay.
Double Dragon on the NES was the same, 1 player…. Double Dragon on the Master System however is the definitive home version of the game. Sure he arcade version is the best version but that way you have to play it from a compilation or emulate it. With the Master System version you get finite continues, a good challenge and you can also beat up your friend 😀

Other games include:
Galactic Protector, Fantasy Zone 3: The Maze and Gain Ground but honestly your time is better spent on something else. Any of the others can be worth looking into if you are a new fan of the Master System.